Friggen awesome. Whoever made that model is ace.

Kewl! We could make a mod called Spring: 1946 or Spring: 19XX and include that as a super K-bot Krogoth Class.

On with the mech topic… (I already posted this one on Spring forums before, now I’ll re-post it here): 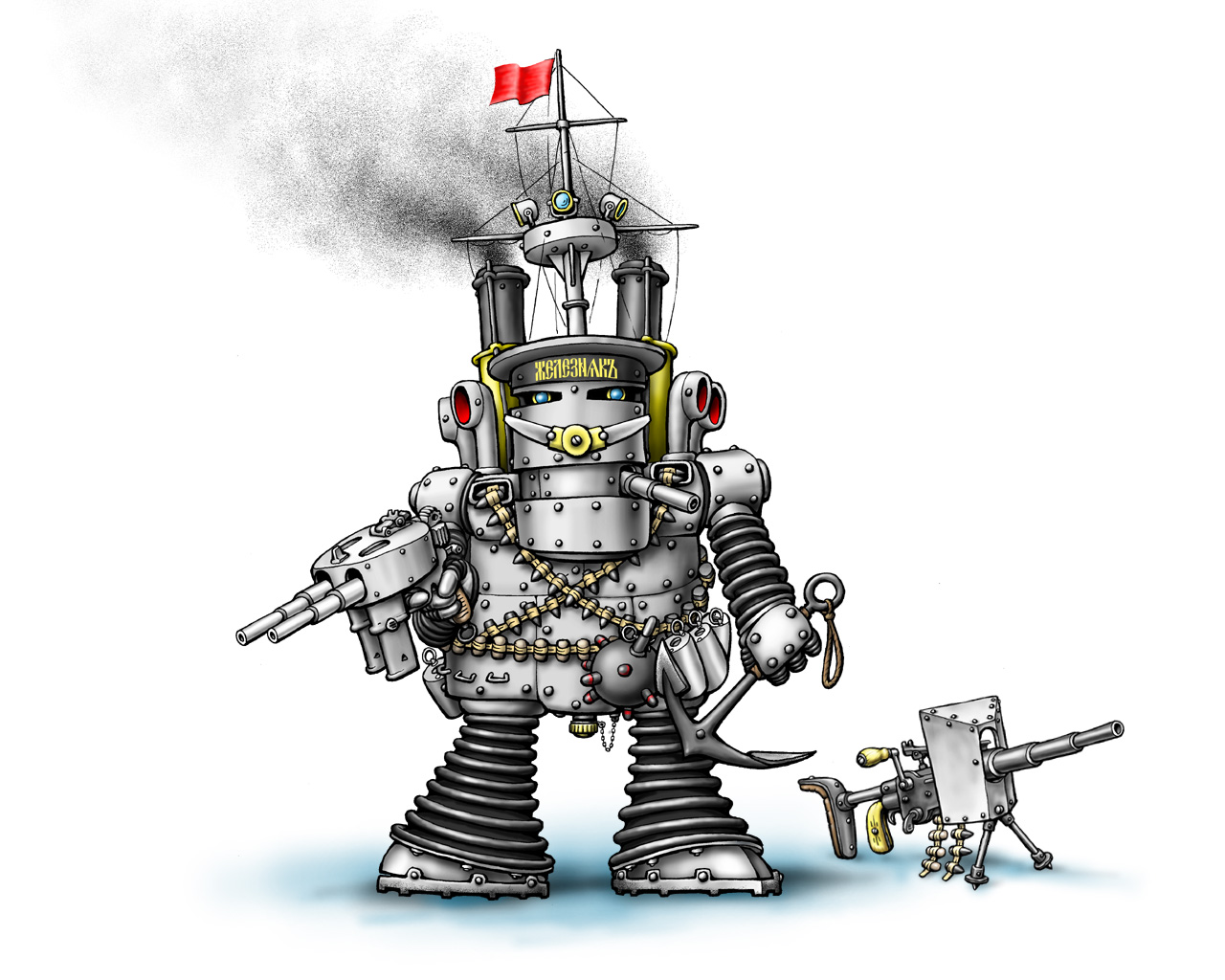 What does his hat say?

Zheleznyak. Can be translated roughly as ‘Iron man’. It’s written in pre-Revolution Russian there (writing was reformed just after revolution, by dropping some rebundant letters).
There was a Civil War hero named Anatoliy Zheleznyakov, and his nickname was “Seaman Zheleznyak”, he was killed while commanding an armored train brigade and is a hero of a revolutionary song, so that big thing’s name has some background

Plus, there were numerous ships by that name in USSR navy.

i just now noticed the drain plug at the crotch, kind of funny